Volume of a family house 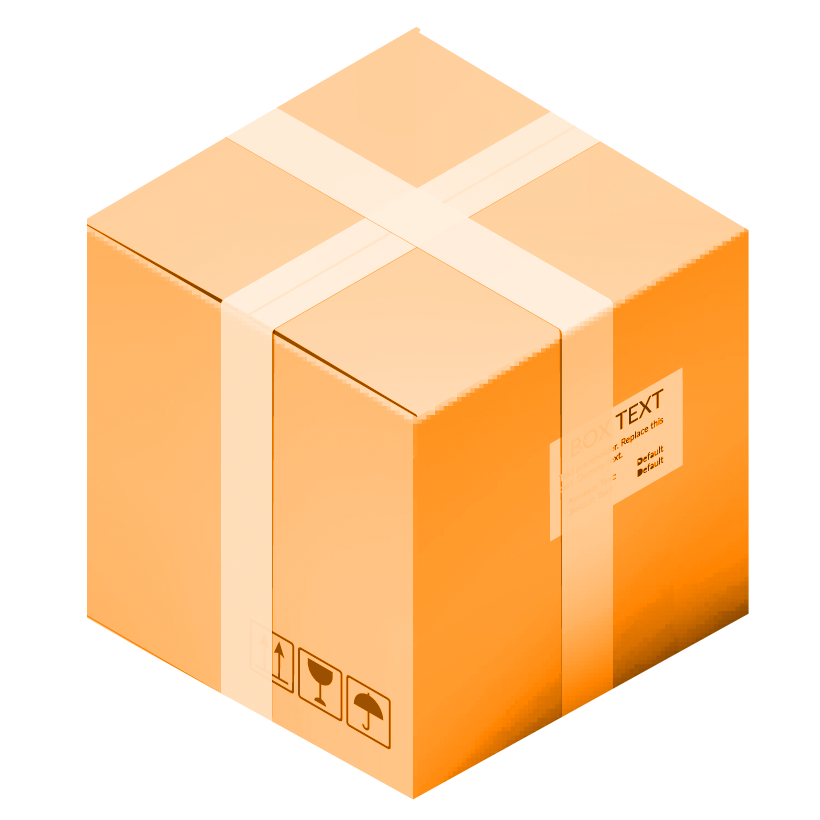 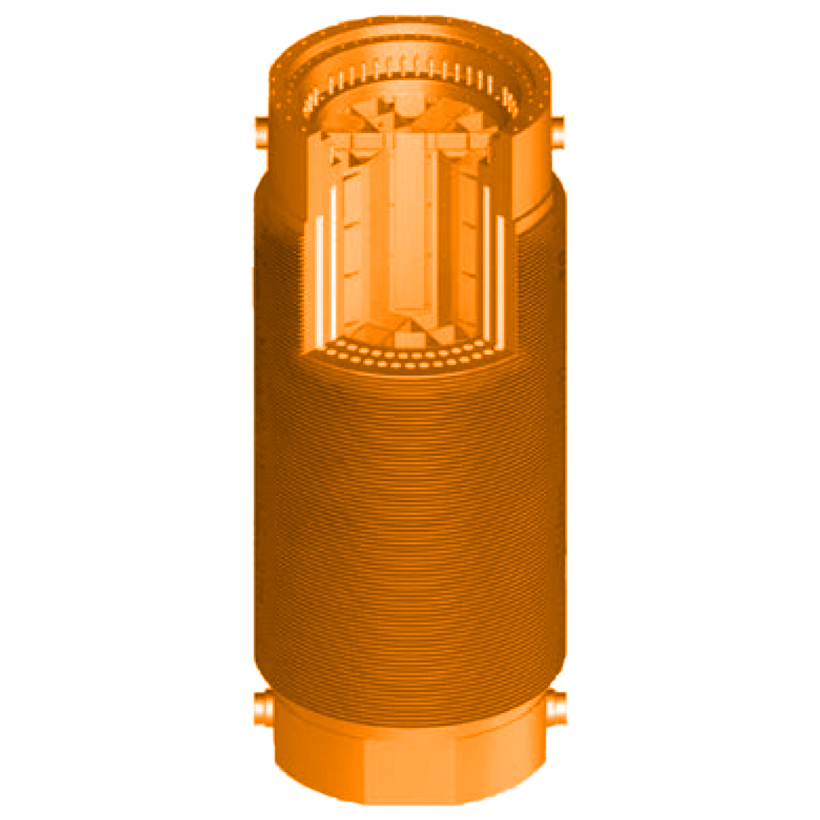 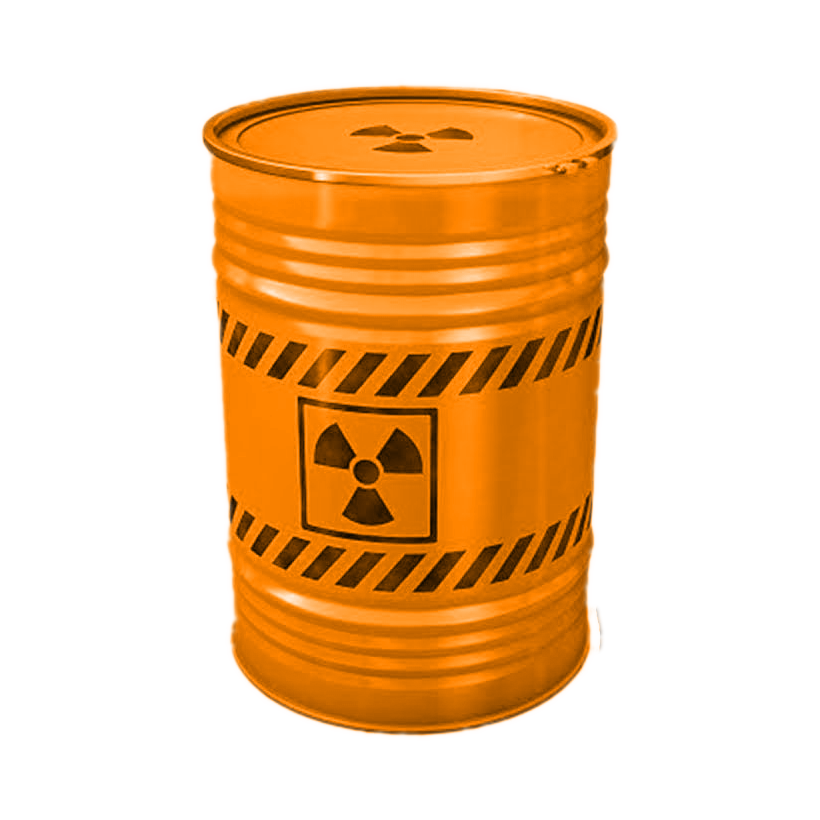 Storage pools at reactors, and those at centralised facilities such as CLAB in Sweden, are 7-12 metres deep to allow  fuel to be under enough water metres depth (assembled in racks typically about 4 metres long and standing on end). The multiple racks are made of metal with neutron absorbers incorporated. The circulating water both shields and cools the fuel. These pools are robust constructions made of thick reinforced concrete with steel liners. Pools at reactors are often designed to hold all the used fuel produced over the planned operating lifetime of the reactor.

Some fuel that has been cooled in the pools for at least five years is stored in dry casks or vaults with air circulation inside concrete shielding. One common system is for sealed steel casks or multi-purpose canisters (MPCs) each holding up to about 40 fuel assemblies with inert gas. Casks/MPCs may also be used for the transport and eventual disposal of the used fuel. For storage, each is enclosed in a ventilated storage module made of concrete and steel. These are commonly standing on the surface, about 6m high, and cooled by air convection, or they may be below grade, with just the tops showing. The modules are robust and provide full shielding. Each cask has up to 45 kW heat load, and can be exploited for up to 100 years.

A spent fuel that is not proceeded to extract the useful radioactive material contained therein can be treated by the country regulator as high-level radioactive waste subject to long-term storage in special underground storage facilities. However, this solution is currently being implemented effectively only by Finland and Sweden, with the Swedish facility yet to be built. Both repositories are designed to allow subsequent recovery of SNF from them for processing or use as fuel in fast neutron reactors. SNF as a fuel for fast neutron reactors is an extremely valuable energy resource. For comparison, one kilogram of fresh fuel for the current light-water reactors contains 500 GJ/kg while fuel as a fuel in a fast neutron reactor contains 28,000 GJ/kg with the option of producing additional nuclear fuel (if the reactor is of the “breeder” type) . From this point of view, SNF, which is stored at Kozloduy NPP, is one of the most valuable resources the Bulgarian state possesses.

In the public space, allegations have been made that SNF management as well as the long-term storage of high-level radioactive waste are extremely costly activities, and SNF and waste itself is a huge threat to all people. In fact, the construction of the dry storage containers of SNF allows, as shown at the picture above, people to sit and work safely with them without any danger to their health. The steel and concrete in them shield the radiation completely, and the subsequent vitrification of high-level radioactive waste left after the use of SNF in one way or another reliably ensures that radioactive substances will not spread to the environment. In order to gain insight into the value of SNF and high-level radioactive waste management, it can be stated that the cost of the dry SNF storage site built at the Kozloduy NPP for the closed small reactors is EUR 70.5 million, which is significantly less than the value of the electricity produced by these small reactors. In the United States, 0.1 cents/kWh is allocated from each kilowatt hour of electricity produced and sold, with 0.14 cents/kWh being allocated to France, which converts SNF. The construction of the long-term storage facility in Finland costs 3.5 billion euros, which is reflected as 0.3 eurocents/kWh of the electricity price during the 50-year operation of the existing nuclear reactors in the country.